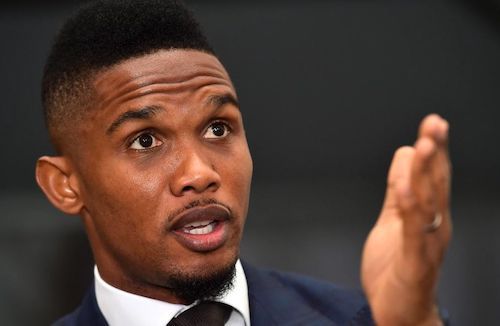 No, Samuel Eto’o gave no money for Dj Arafat’s funeral

According to rumors, Samuel Eto’o donated millions for the organization of the Ivorian singer’s funeral. Is it true?

Rumors have it that Samuel Eto’o gave millions to DJ Arafat’s family for the organization of the late singer’s funeral. The authors of such rumors claim that the money was handed to the singer’s mother when Eto’o came to present his condolences on August 14, 2019.

Some of them claim he gave CFA50 million while others indicate it was about CAF42 million. This is not true.

The rumor was denied by the committee set to organize the late singer’s funeral. “Arafat’s mother received nothing from Eto’o. These are mere rumors. Samuel Eto’o promised a donation,” local media reported quoting Kenzo Kouadio alias Kenzo Cash Money, president of the committee mentioned above. He indicated this during the first meeting of the organizing committee on August 17, 2019.

Even before his denials, Souleymane Kamagate, communication manager of the committee, also belied the rumors in a post on his Facebook account on August 14, 2019. “Eto’o fils gave no XAF42 million to anybody. Donation request has not even been issued yet,” he wrote. He also invited the public and fans to trust information provided by Dj Arafat’s family.

Even on Samuel Eto’o’s Facebook and Instagram accounts, there is no mention of any kind of donation. Only a tribute to Dj Arafat published on August 13, 2019, and two old pictures he took with Ange Didier Houon alias Dj Arafat can be seen.