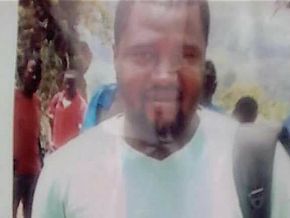 Has a cabby really been beaten to death inside Ngoussso police station?

It is said that the cabby was beaten to death inside the police station. True?

Indeed, not so far from Ngousso police station, the late Ngah Charles, 33, fought with a policeman because his car was badly parked.

After the fight, the man was brought to the station to be interrogated. According to the brigade commander interviewed on March 21, 2018, the cabby left the police station a little after 6 PM.

He further assured that the man was neither beaten nor was he brutalized and even presented the minutes of his exchanges with the deceased.

The commander however admitted that the deceased fought with one of his subordinates. “we learned that he died in the morning, the day after the quarrel”, he continued.

According to the crowd that gathered in front of the station on March 20, 2018, late Ngah Charles’s death was due to the fight with the police officer.

Today March 21, 2018, the police station was quiet but we learned that the commander received many visits of the hierarchy. According to a police source, the investigation continues to determine the responsibilities.