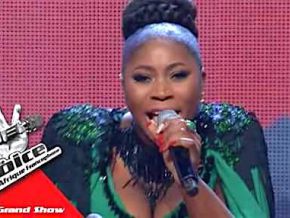 Is Verushka the real winner of The Voice Africa?

Fans of the unfortunate participant in this TV talent show are still adamant that she is the real winner. True?

Fans of the Cameroonian singer Verushka are rankled by the defeat of their candidate during the final of The Voice Francophone Africa this past 4 February.

That evening, on television, viewers witnessed the consecration of Pamela instead of Verushka. Immediately afterwards, internet users took to social networks with hostile messages for the competition’s organisation. But it was actually this same viewership who chose the winner.

This is what is being explained by the spokespersons of Vox Africa, the television channel owning the production rights for the franchise The Voice, in Francophone Africa. For the final, we learned, voting was 100% dependent on the public. At this stage of the competition, the 4 coaches had nothing to say.

And the system closed two days before the final broadcast on television. “In the end, Pamela had 28.29% of vote against 28.07% for Verushka, 27.32% for Marie-Love and 16.32% for Samson”, explains Jules Domche of Vox Africa, during a well-attended press conference on 14 February at the Yaoundé Hilton Hotel.

Rolande Kammogne, The Voice Africa producer, stresses that Pamela is from the Democratic Republic of Congo; a country with 68 million inhabitants, three times the population of Cameroon. So, of course, Pamela’s compatriots turned the stakes in her favour. A voting system criticised for its inequity. The Vox Africa team promised to seriously consider this topic.