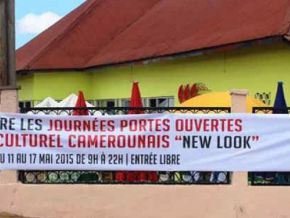 Ministry of Culture has the government's smallest budget

It is said that Art and Culture are the poor relatives in the government. Is it true ?

There is a phrase which is almost a slogan for artists and art lovers in Cameroon: “the Ministry in charge of Culture is the poorest of the State”. This is quite literally true. Indeed, the Ministry of Arts and Culture (MINAC) has the smallest ministerial budget; with three billion, eight hundred and thirteen million francs Cfa (FCfa 3,813,000,000) for 2017. While the Ministry of Agriculture has FCfa 111 billion and that of Public Works has the lion's share with FCfa 462 billion; 154 times that of MINAC.

With his budgetary allowance, the Minister of Culture has very grand ambitions. In his 2017 programme, he is considering building a cultural complex with 1,200 seats, given that artists lack cultural infrastructure.

MINAC also intends to activate 58 Arts and Culture departmental delegations throughout the country and relaunch the national ensemble (which comprises the national ballet, national theatre, national orchestra). The plan of action does not fail to mention the well worn subject of effectiveness of copyright in Cameroon. The company in charge of copyright for the music sector is furthermore on stand by. An entire programme worth FCfa 3 billion...