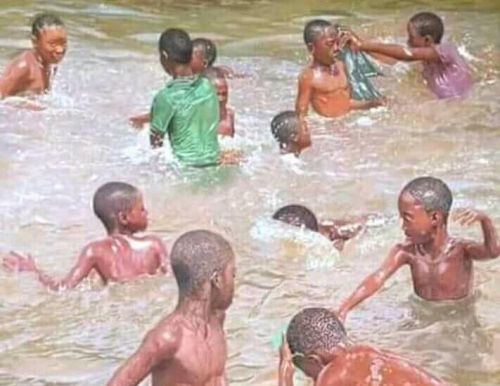 Yes, this image is truly a painting!

People say this image is actually a drawing. Is that true?

On December 24, a Cameroonian internet user contacted StopBlaBlaCam on Facebook asking whether this image, which has been circulating on social media for some time, is a painting or actually a photo. Well, it’s a painting called “Moment of happiness” by Olumide Oresegun, an artist from Ijebu-Ode, Ogun State, in southwest Nigeria.

The 37-year-old man is a photorealist painter (primarily portrait painter) whose works are mainly made of oil painting. Most of his paintings are water-centered. He became known worldwide in 2016, boosted by social media networks (instagram, facebook, twitter) and media such as CNN and Africa news.

He mostly draws inspiration from the daily life of his community to create his works. In 2016, the artist told CNN that his art is a “gradual process” stressing that a painting can take 2 to 3 weeks to be completed.

Video of the artist and his works (Africa news)