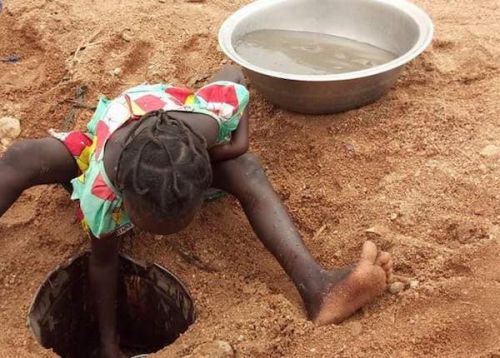 Yes, this image was taken in Cameroon

These pictures were indeed taken in Cameroon

A tweet which shows pictures of a little girl digging in sand looking for water suggests the pictures were taken in Cameroon. According to the Cameroonian journalist who made the publication, these photos were taken in Baschéo, a commune in the northern region on the border with Nigeria. “#Cameroon: Shocking images of a child searching for drinking water in Bascheo, northern region. How can we not see in it the permanent resurgence of #cholera?” writes the journalist, whose tweet totals about forty likes. However, some people doubt the authenticity of these photos.

The images were indeed taken in Cameroon. They were published two days ago on the Facebook page of Loris-Clet Adiang, Program and Schedule Manager at Galaxie Television, a private TV channel broadcasting from Garoua, the regional capital of the North.

The manager tags in his post the author of these images, Alphatélécom Alpha, a filmmaker working in the same city. These photos illustrate a scene from the daily life of the people of the North, who are forced to dig in the mayo riverbed to collect water in the dry season.

The same scene is also experienced in the Far North, a region where access to drinking water is also acute.