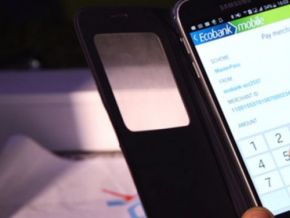 No, Ecobank Cameroon does not spy on its customers via their cellphones!

Some social media users claim that the Pan-African bank illegally spies on its customers.

In the past few days, rumors sparked on Facebook claiming that Ecobank’s security staff illegally search the clients’ phones in agencies.

The bank reveals that those assumptions are false and unproven. It further informs that this being so, it has complained to the relevant authorities who would investigate and find the authors of such rumors.

Ecobank also informed that its clients’ privacy is also its concern so, any inappropriate behavior should be reported to this toll-free number: 8100.

Let’s remind that the fourth largest bank in Cameroon has 25,000 customers and wants to gain more market.