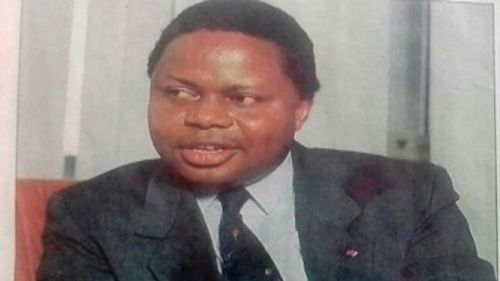 Some Facebook posts suggest that the former Cameroonian Prime Minister Sadou Hayatou passed away yesterday August 1st. Although the announcement is regarded fake by other citizens, the truth is the 77 year-old man really died of an illness.

The information was officially confirmed by the public broadcaster Cameroon Radio Television (Crtv) in its 5pm edition.

Born on 15 February 1942, Sadou Hayatou, originally from Garoua, the regional capital of the North, was Prime Minister of Cameroon from 26 April 1991 to 9 April 1992. He held many positions in the Cameroonian public administration. He was Minister of Agriculture, Minister of Planning and Development, Minister of Finance and Secretary General of the Presidency of the Republic. He is known for his role in the tripartite meeting in Yaoundé organized in 1991 after the “dead cities”, which paved the way for democracy in the country; and also known for his famous statement “Cameroon is Cameroon”.