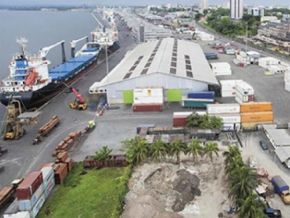 No, Chad and Central Africa did not breach their contract with Douala port

According to the rumors, Douala port has lost two of its largest clients which represent 50% of its turnover.

Since December 29, 2018, a rumor has been announcing the departure of Chad and the Central African Republic from Douala-Bonaberi port. " This information is distorted and groundless. These two sovereign nations signed partnerships with some of the sub-region’s ports with which Douala autonomous port also has agreements,” Douala port’s authority explained.

The authority indicates that this rumor was sparked after the signing, by the Central African Republic, of a cooperative agreement with the ports of the Republic of Congo. But, this signature is a normal diversification process that states usually undertake. However, "following these agreements, various rumors were spread. This does not mean that Central African Republic will no longer come to Cameroon. Cameroon's coast is the nearest", it added.

The port also informs that for about two years now, it initiated a large normalization, renovation and development process. The modernization of the infrastructures and superstructures are underway. Chad and Central Africa did even take their spots at Douala-Bonaberi port to build storage areas. In addition, Central Africa currently has an advanced customs post in Douala.

Over a year ago, Douala port set representations in these two countries to be closer and better serve its clients of the hinterland. Therefore, there is no breach of contract between the parties.