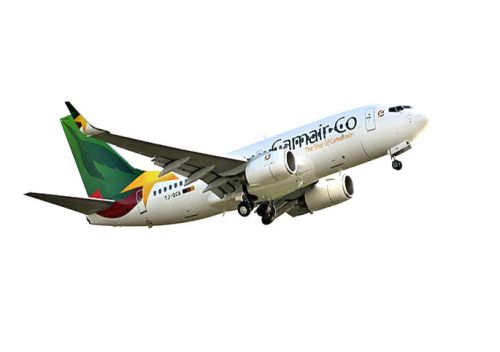 No, Camair-co’s IOSA certification was not withdrawn, it expired

Since yesterday, it is said on social media that the Cameroonian carrier’s IOSA certification has been withdrawn by the IATA. True?

On December 3, 2018, internet users announced with certitude the withdrawal of the IATAs Operational Safety Audit (IOSA)

To justify those assertions, a document from the system clearing house (ICH), IATA’s clearinghouse, indicating the list of its members with standard agreements during October 2018 is shown.

At the fifth page of this document, beside the member code of Camair-Co within the IATA, is the status "suspended".

What should be known is that in this document, there is no mention of a license withdrawal as the rumour claims. It was rather questions of the reintegration of Camair-Co to the ICH system. According to a dedicated FAQ, the ICH system is a solution for compensation and interchangeability of travel documents between airline firms and/or related companies and entities that are not airline companies. It helps settle invoicing problems and disputes in case of default, bankruptcy or end of activities. It also allows them to settle freight, Universal Air Travel Planet (UATP) and various problems.

In an article published on the aeronautic news website www.newsaero.info , Victor OVOUNGOU, an air transportation consultant, interviewed about the suspension of a carrier from the the ICH system explained that it is a sign of vulnerability showing that the carrier has solvency problems and is, therefore, unable to meet its commitments, pay its debts. A reintegration in that regard is a sign that the carrier is credible once again.

On the other hand, IOSA (IATA Operational Safety Audit) unlike the ICH system, is a labelling system that decides whether a carrier meets the security standards set by the IATA (at least 1,200 standards including OACI, North American and European standards). This certification is imposed on the carriers that join the organisation. The carriers are then subjected to independent audit programs conducted by six accredited institutions.

The IOSA assessment program essentially covers eight aspects of air transport security. These are notably corporate organisation, management systems, flight operations, operational control and flight regulations, engineering and flights maintenance, booth operations. This certificate can only be delivered after the discrepancies detected by the audits have been tended to. The carriers which succeed in doing so are then recorded in the IOSA register for two years starting from the date the audit started.

An explanation provided by the managing director of Camair-co on December 3, 2018, reveals that the IOSA certification of Camair-Co expired seven days earlier (November 28, 2018). According to the manager, Camair-Co having initiated a procedure to renew its certification a year earlier has been subjected to an audit from the German firm Aviation Quality Services Gmbh (AQS) (one of the six audit firms accredited by the IATA). At the end of that audit, some discrepancies were revealed at the end of August 2018. Even though the director did not reveal the types of discrepancies found, he indicated that the company had 120 days (starting from November 28, 2018) to tend to them. It is a compulsory step for the Cameroonian carrier to get a new IOSA certification.