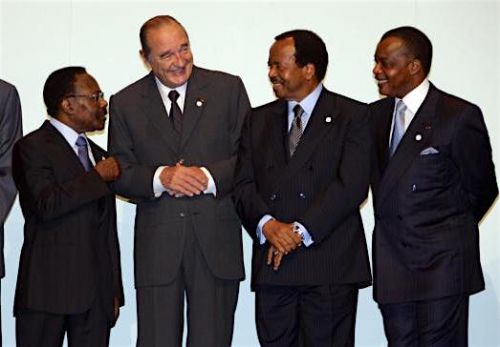 Jacques Chirac did say this about Africa!

For some weeks now, these statements allegedly said by the former French president Jacques Chirac have been extensively shared on the social media pages of panafricanists, influencers, activists and those who love Africa…

In these statements attributed to the 22nd French president by social media users, it is said :

"We drained Africa for 4 and a half centuries. Next, we plundered its raw materials. After that, we said: they (Africans) are good for nothing. In the name of religion, we destroyed their culture and now, as we have to act with elegance, we are picking their brains with scholarships. Thereupon, we are claiming that the unfortunate Africa is not in a brilliant condition, and is not making elites. Having enriched on its back, we are now lecturing".

It is hard for some pan Africans to believe that a former French president uttered these statements that incriminate France’s foreign policy for Africa, yet, this was truly said by Jacques Chirac. He said this in January 2001 (a year before the end of his first presidential term 1995-2002), in Yaoundé during the 21st Africa-France summit where about 30 heads of States gathered.

This was reported in February 2007 by Philippe Bernard and Jean-Pierre Tuquoi in an article published on lemonde.fr and titled “France-Afrique : la fin des "années Chirac". In that article, they recounted the circumstances in which the president said this. "It was close to midnight when  Jacques Chirac, beer in his hand, came to hold an impromptu interview with journalists. Indeed, several hours earlier, in Paris, the French episcopate published a stern letter advising the president to keep his distance from some African regimes which practice electoral frauds, resources capture, imprisonment and sometimes physical elimination”.

"M. Chirac (...) suddenly turned the defender of Africa against the church which is trying to teach lessons,” they wrote.

The whole statement was published in the edition of Canard enchainé published on January 24, 2001. That night, the president said:  “While speaking of Africa, we must check our memory. We started draining the continent four and a half centuries ago with the slave trade. Next, we discovered their raw materials and seized them. Having deprived Africans of their wealth, we sent in our elites who destroyed their culture. Now, we are depriving them of their brains thanks to scholarships which are definitely another form of exploitation because, at the end, the most intelligent students do not go back to their countries […] In the end, noticing that Africa is not in a good state and as bonuses for the wealth we made on its back, we are giving lectures…”.