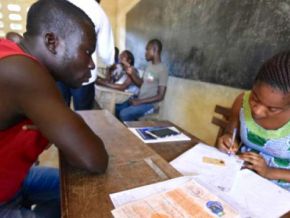 According to online sources, the process comes ahead of the fourth general census programme of Cameroon?

Since last Wednesday, a great number of young people have been visiting the Central Bureau for population census and survey (BUCREP) in Yaoundé. This to apply for the enumerator job, ahead of the fourth general census operation of Cameroon.

Truth is, the BUCREP is not hiring as some messages circulating on social networks and even few news websites seem to suggest. Indeed, according to the messages misleading the population, the job offer announces “the massive hiring of 30,000 people to carry out the next general census programme of Cameroon”.

BUCREP has in fact personally denied the rumor on its website (bucrep.cm) saying hiring for the scheme is not imminent. “We are still at the mapping stage during which the national territory is delineated into areas where surveying will be conducted," said Aziz deputy chief of communication at BUCREP.

Even after mapping, there is a long way to go before hiring and training enumerators begin.