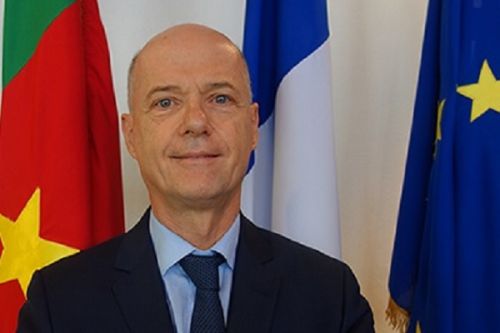 France and the EU condemn the Bamenda and Galim attacks

On March 10, 2020, the European Union (EU) posted a message on its Twitter and Facebook pages strongly condemning “the attack on a peaceful women's march on 8 March 2020 in Bamenda." The diplomatic mission also "rigorously disapproved the attack on a gendarmerie post in Galim which claimed the lives of civilians and members of the defence and security forces."

The EU's disapprovals come 24 hours after that of French diplomacy. "The attack that took place yesterday (8 March, editor's note) in Bamenda during the International Women's Day parade is as criminal as it is unacceptable," French Ambassador to Cameroon Christophe Guilhou posted on his Twiter account. For the French diplomat, "using explosive devices to mutilate or kill is intolerable," he wrote before sending condolences to the victims.

Indeed, during the demonstration on 8 March (International Women's Day) in Bamenda, a soldier was killed by the explosion of an improvised explosive device. Seven people (four soldiers, two police officers, and a civilian) were also "seriously injured."

The day before that attack, in Galim, a town in the Bamboutos department, western Cameroon, a secessionist group from the north-western region attacked the Territorial Brigade of the Gendarmerie and the public security post. During the exchange of fire between the defence forces and the separatist fighters, eight people died, including two gendarmes, two police officers, and four civilians.

In a statement issued Sunday evening by Cameroon's Communication Minister, René Emmanuel Sadi, the government called on "Cameroon's international friends and partners" to condemn "with equal determination" these "terrorist" attacks.