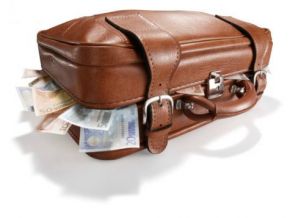 Did the former general secretary of the finance minister steal 80 million?

It is said that on March 5, 2018, Aba Gambo fraudulently took CFA80 million during the installation of the new finance minister. True?

Rumors claim that Aba Gambo, the former general secretary of the ex-finance minister Alamine Ousmane Mey, has been arrested with CFA80 million. However, he is still working with Alamine Mey who is now the minister of economy.

These rumors sparked on March 5, 2018, during the installation of the new finance minister.

A source working at the ministry of finance reveals that even if he has eventually been arrested with a briefcase containing CFA80 million, this could just be the quarterly bonuses awarded to the finance minister by the Taxation, Customs, and Treasury services. According to legal texts, the minister can ask the general secretary to keep these funds and required them from him later.

It should also be reminded that the private secretary of another former finance minister had been arrested for CFA800 million which had been stolen. After the investigation, he had been cleared.