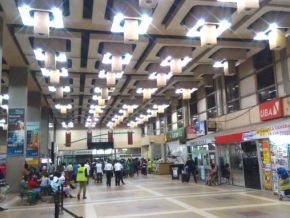 No, Douala airport has not been closed!

Some media claim that this airport was closed following the sanction of the International Civil Aviation Organization.

On April 18, 2018, Thomas Owona Assoumou, the managing director of Aéroports du Cameroun (ADC) belied the social media posts which were claiming that the international civil aviation organization had recommended the closure of Douala airport. His information proved right because, to date, the airport is operational.

He however informed that the aviation organization has launched an audit of the corrective measures recommended during its mission realized in 2015. The organization has not audited Douala airport yet. For the time being (from April 18 to April 21), it will be  auditing Yaoundé-Nsimalen airport. Once it is done with this one, it will be in Douala from April 22 to April 27 for Douala airport.

As there is not yet a result of this audit, there could not possibly be a sanction.