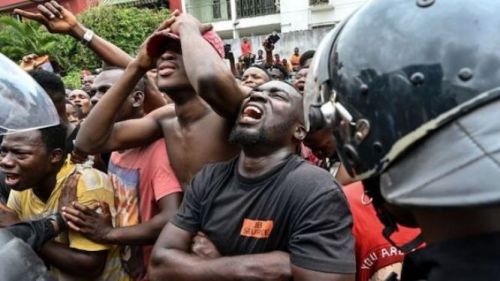 Ivorian singer Dj Arafat’s death stirred a reaction in all parts of the world. According to some people, even Cameroon’s president Paul Biya sent a message of condolences to the singer’s family.  “It is with a sorrowful heart that we heard about the tragic death of our young son and musician Dj Arafat. He is the singer who elevated the Cameroonian flag internationally. My heartfelt and saddest condolences to his family [translation of the french message],” a Whatsapp message indicated. According to rumors, this message is an extract from a message tweeted by president Paul Biya.

This is not true. The message was not tweeted from the president's official Twitter account. The tweet is also exclusively in French while tweets from the president's account are usually in French and English, the two official languages. At the time of writing, the last tweet from the official account was a message sent by Paul Biya to his Hungarian peer János Áder for Hungary’s national day.