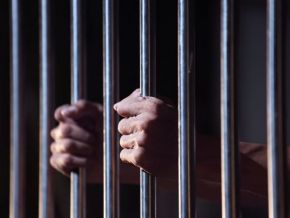 Last Sunday, a Whatsapp message was posted announcing that Ndop prison in Ngoketunjia was attacked. Is it true?

On Sunday, July 29, 2018, a message aimed at sounding the alarm was posted on WhatsApp. This message informed that about 150 prisoners had escaped from Ndop main prison in Bamenda. It further claimed that a female prison warden was kidnapped during the prison break.

This information was confirmed to Stopblablacam by a media source in Bamenda on Monday, June 30, 2018.

Instead of the about 150 prisoners estimated in the message, the prefect of Ngoketunjia (the department in which the prison is located) William Benoît Emvoutu Mbita told BBC Afrique and CRTV Radio that at least 163 prisoners escaped.

They escaped when about 50 armed men (secessionists presumably) attacked the prison.

"They set fire and successfully broke the prison entrance thus allowing the prisoners to escape", the prefect told BBC Africa in a telephone interview.

During the attack, two prison wardens were wounded and another one kidnapped before being released later. Fortunately, there were no deaths.

Let's remind that operations are ongoing to find the escapees. As for those who are voluntarily returning, they will be transferred to Bamenda prison, William Benoît Emvoutu Mbita told CRTV Radio.