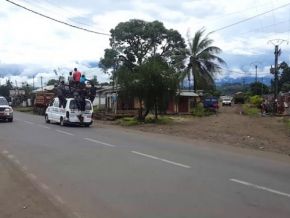 Yes, the security situation is tense in Mutengene, in the Southwest

For two days, now, acts of violence have been reported in this town at the border of Buea, the chief town of Southwest Cameroon. Are the reports right?

Credible sources reveal that many people died during violent clashes in Mutengene. It is therefore hard to go to Buea, which is just fifteen kilometers from this town.

Buea is also hit by the conflict. Indeed, according to Prince Nfor Hanson, a correspondent for Cameroonnewsagency.com (CNA), who we contacted, about a dozen armed men stormed Mile 16 at Buea on June 29, 2018, in the afternoon.

“They exchanged gunfire with soldiers”, the reporter informed. This statement was confirmed by another source on the spot. “All the shops are closed in Buea. People are hiding in their homes”, the source added. For the time being, we could not say if the assailants claim to be part of the armed secessionist asking for the independence of the English speaking regions of Cameroon.

Let’s remind that since October 2016, these demands by armed groups led to a profound crisis called the Anglophone crisis.