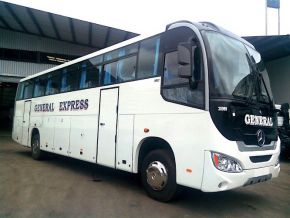 Posts on social media claim that the accident involving that travel agency was a real bloodbath. True?

In the evening of March 30, 2018, a post extensively shared on social media claimed that 40 people died in a road accident involving the travel agency Général Express Voyage on the Yaoundé-Douala axis.

On March 31, 2018, Cameroon’s transport minister Ernest Massena Ngalle Bibehe related the real facts in a press statement. The official confirmed that there was indeed a  terrible road accident in Madoumba but 4 people died and several others got injured  unlike the 40 reported on several platforms,

Ernest Massena Ngalle Bibehe said further that when they finish carrying out investigations  and establish who the culprits are,the Laws will deal with them severely.