He was not killed by one of his students 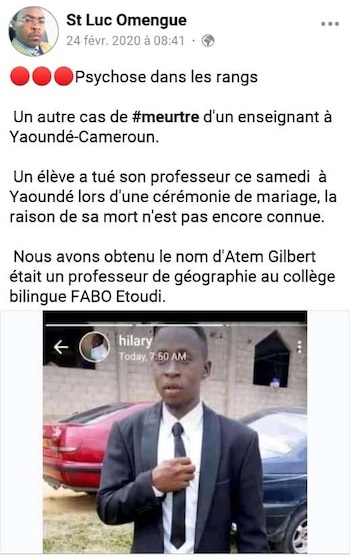