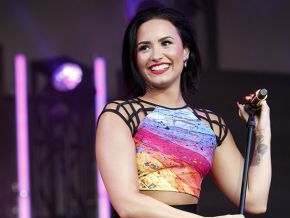 Cameroonian twitter users are skeptical about this announcement. Is it a fake news?

US artist Demi Lovato made quite the buzz with her #TellMeYouLoveMe gif_tweet as thanksgiving for her n°1 place in the hit parades of 40 countries. Among those 40 countries, she mentioned Cameroon at the 14th second of her video.

The gif, which was massively retweeted, mostly made Cameroonians surprised and wondrous, according to various tweets from these: “who is she trying to fool”,   “is it some fake news”, “ranked n°1 on what basis” “who gave her those info?” were some of the questions they asked here and there. These questions arose because the singer has never been ranked n°1 hit parade by any Cameroonian audiovisual or web media (the most prominent at least).

However, she could have ranked n°1, by web users from these 40 countries, in terms of purchases and number of times listened/downloads for her album, on the various platforms where she released it. Truly, some of these platforms allow users to provide information about their location or country of origin.