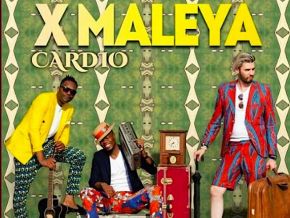 No, Haïs was not the victim of a road accident

Some pictures posted on the group’s official account suggest that the singer is hospitalised following a serious accident. True?

No, Haïs Haitem, the "white boy" of the musical band X-Maleya, has no wound nor fracture. All we could get from a credible source is that the trio just created a buzz to attract the public. Are they preparing a clip for their sixth album? This is likely.

Let’s remind that they adopted the same strategy in April 2016 for the launch of the clip of "Mon mariage". Some intriguing pictures made believe that Kelly White, a well-known moderator and Roger Samnig, X-Maleya’s lead vocalist, got married. This was later found to be a fake marriage when the clip (in which the two were happy to get married) was unveiled.

Anyway, the trio have always been the subject of fake news. The most recurrent is the one about their splitting.

Cameroon renounces the concession of more than 130,000 ha of forest area in the Littoral

The National Observatory on Climate Change (Onacc) recently published a weather...
Cameroon renounces the concession of more than 130,000 ha of forest area in the Littoral

Residents of the Vallée du Ntem, in the southern region, are opposed to the...
Coronavirus: Cameroon launches mobile screening campaign to break the transmission chain