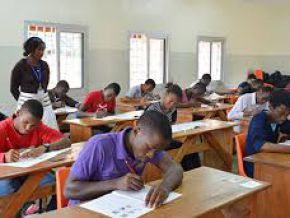 Hardly had the Minister of Secondary Education (Minesec) taken the decision to increase teaching hours in the Anglophone region of Cameroon than the rumour took root. “The Anglophone education system will suffer further marginalisation with more teaching hours than the Francophone sub-system”, we hear being said here and there in essence. But it is not about that.

Actually, last 3 March 2017, Jean Ernest Massena Ngallé Bibehe, Minesec, signed a communiqué informing the national educational community that, following teachers' strike movements in the North-West and South-West regions having, up until 3 February 2017, disrupted the smooth progress of activities scheduled for the 2016-2017 year, measures are being taken to make up teaching hours and other pedagogic activities.

These measures include continuation of remedial classes which began some time ago in the Francophone section, the weekly increase of 17 hours of lessons in the Anglophone section for the period from 6 March to 13 May 2017. Thus, Monday, Tuesday, Thursday and Friday, there will be two extra hours. It will be 3h on Wednesday and 6 hours on Saturday.

Furthermore, there will be lessons during two weeks for exam classes and one week for other levels during the Easter holidays scheduled from 31 March to Monday 17 April 2017. It therefore does not concern the marginalisation of the Anglophone zone. All sections, Francophone, Anglophone, are affected by these remedial classes.