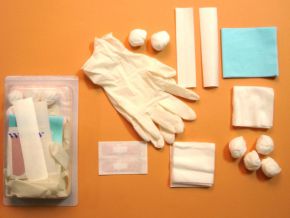 Another shortage of dialysis kits in Cameroon’s hospitals?

It is said that for months now, these vital equipment is not available in the country.

Exactly two weeks ago, one could have said that there was a shortage of dialysis kits to treat people suffering of renal failure in the country. Now however, things have returned to normal, at least according to a press statement from the minister of Public Health, André Mama Fouda. Indeed, on July 24, 2017, the minister announced “that dialysis equipment weighing more than 11 tons had arrived” by cargo plane, since July 21.

Surely, not many people are aware of the statement and the ceremony of provision of the kits at the Yaoundé General Hospital, thus explaining why the rumor about the shortage subsists, especially in the mist of the sick and their relatives.

At the source of the news about shortage another protest by those suffering from renal insufficiency. Indeed, denouncing the lack, the protesters accused the government, especially the minister of Health. The shortage, for its part, result from the fact that the Cameroonian government owes its supplier FCFA3 billion.

Subsequent to the protest, the government had to make a move, as the disease caused many casualties in the country’s various hospitals. Well, it remains that dialysis kits are now available in the eight medical centres where renal failure is treated.

Mekit Invest announced in a statement it will refund its subscribers starting today...