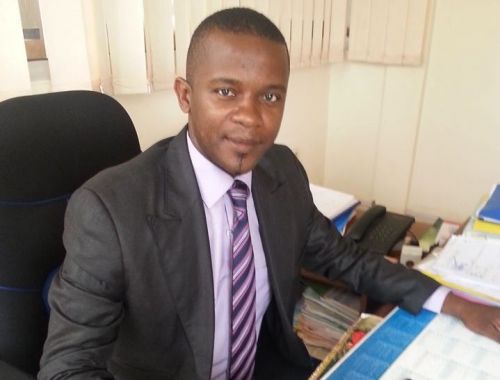 The journalist was reportedly dismissed from his post and replaced by Parfait Ayissi. Is that true?

Many publications recently announced the dismissal of Ernest Obama as managing director of Vision 4, a private television channel owned by the L'anecdote group, which also owns Satellite FM radio and the newspaper L'Anecdote.

This information is true. Ernest Obama has been relieved of his duties and replaced by Parfait Ayissi, previously editor-in-chief at Satellite Fm, according to an “important decision” of the group's CEO, Jean Pierre Amougou Belinga, read during the 8 pm news on Thursday, December 5, 2019.

However, this decision does not give the reasons for the dismissal of the star presenter of the program "Club d'Elites" on the same TV channel, suspended from his position as managing director of Vision 4 last September, before being subsequently rehabilitated.

The 39-year-old journalist spoke about his dismissal last Friday during the "Tour d'horizon" program he co-hosted with his successor Parfait Ayissi. “My warmest congratulations to you, Parfait Ayissi. I would then like to thank the CEO of the L'Anecdote Group for the trust placed in us since 2015. I confess that in 2015, I was 35 years old and such a mission was great. I think we did what we did. We weren't perfect, but we thank him very much. And because we are in a society where we have very little trust in young people, when we get someone who can trust us, we must be grateful to them,” said the man who is presented as one of the important news presenters at Vision 4.