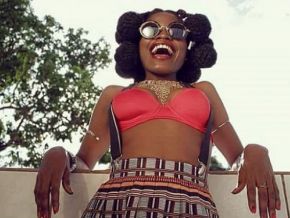 It is said that the new African champions really enjoy her hit song “La sauce”. True ?

All throughout the Africa Cup of Nations (AFCON) which just ended yesterday, a song was played with every victory of the Indomitable Lions of Cameroon. At the end of every match, Benjamin Moukandjo (Captain), and his teammates would not stop chanting “Dans la sauce”; adding to this snatch of lyrics the name of the their previously devoured opponent.

This is actually the chorus of the song “La sauce” by the young Cameroonian singer Reniss, released in 2016. A chorus always belted by Ambroise Oyongo (left wing) and repeated by his colleagues at the end of the match.

Taking over from their footballers, the fans of the Indomitable Lions took to the streets, celebrating the victory of their team by chanting along the “sauce” song and banging pan covers (literally).