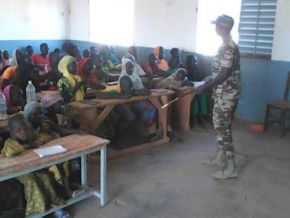 It is said that some soldiers also teach in this part of the country undermined by terrorism. True?

These pictures are being passed around on the internet. One of them, taken on October 31, 2017, shows a soldier teaching students. Actually, the images come from the communication unit of Cameroon’s ministry of defense which has at its head colonel Didier Badjeck. 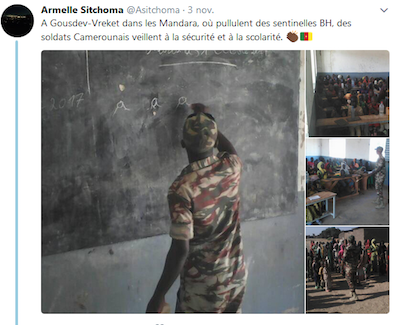 The colonel explained that soldiers serving in the northern part of the country where the exactions of Boko Haram prevail, regularly teach. He also said that some of them are formed beforehand in teaching training schools for this purpose, especially at trouble times.

According to what is being said, the civilians chosen for these regions are usually afraid to work there so, the soldiers replace them in the meantime.