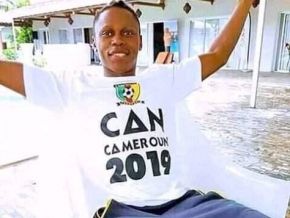 No, Cameroon is not a candidate for its own succession for the organisation of AFCON 2019

A rumour claims that the country plans to respond to the call for candidacy launched recently by CAF. True?

Nobody knows if it was just for a laugh or they are serious but, there are people who claim that to remain the organizers of AFCON 2019, Cameroon will respond to the call for candidacy launched by the Confederation of African Football (CAF) on December 6, 2018.  "No, no, Cameroon will not respond to a new call for candidacy",  replied the federation of Cameroon’s football (FECAFOOT).

For the time being, Cameroon seems to have chosen to submit its candidacy to organize an AFCON after 2019. This is at least how it appears, from an inter-ministerial consultation presided by prime minister Philemon Yang, on December 5, 2018, in Yaoundé.

Let’s remind that on November 30, 2018, a communique from the executive committee of the CAF informed that the organization of the AFCON 2019 was withdrawn from Cameroon for security and infrastructure reasons officially. The delay in the delivery of the stadiums being constructed was highly indexed.