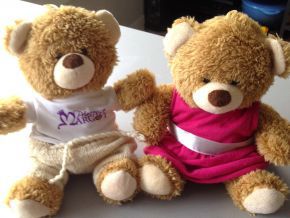 People say that they stole €700 from their families before running away.

The information is partially true as it did not happen in October 2017, but in March 2015 rather. The posters modified it to suit their purposes.

The daily News “Le Jour” and some news websites like Afrix Mag, Camernews wrote about the incident but their versions about the girls’ age and the money they stole from their parents were diverging.

The outstanding version however is the one who stated that two 10 years old girls Joavie Y. from Central Africa and Aurélie B. (sixth grade at Nyalla secondary school), ran to the Douala international airport after Joavie stole CFA500, 000. They left farewell letters and bought the essentials for their journey (suitcases, clothes, shoes and underwear, cosmetics...) before they headed to the airport.

While they were trying to board a plane for France, one of the airport’s employee, puzzled by their young age and by the fact that they were not accompanied by some adults nor did they have passport, repelled them. He lied that the plane for France was to take off the following day. Gendarmerie officers, alerted by the manager of an Inn the girls were staying at in Mboppi, while waiting for the flight, came and arrested them. According to the news websites who wrote about the incident, they were arrested on March 17 and, on March 18, they were released to their respective parents.