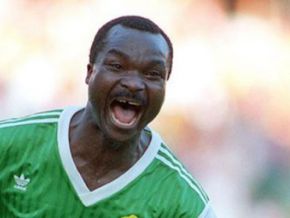 Is it true that the Old lion was once a singer?

Those who are less than 20 years old have maybe not heard him singing. But Roger Milla was once a singer. He even released a single entitled “Sandy”. The famous goal scorer paid tribute to the daughter he had with Evelyne, his first wife who passed away in 2004.

This song is a rousing ballad where the footballer sings a few bars in the Duala language then lets the choir repeat the Sahel-sounding chorus. The song did not have much success. It however came out in 1991, after the legendary feats of Roger Milla during the 1991 World Cup in Italy. 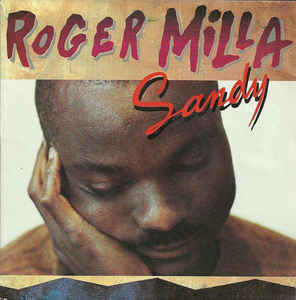 Obviously to capitalise on the aura of the corner post dancer, Bernard Flavien and François Jeantet, French author and composer, came up with “Sandy”. This duo had actually worked on “Saga Africa” where Yannick Noah praised Milla’s talent.

“Sandy” was released under the Columbia label. The video was shown repeatedly on the national television channel CRTV. But the melody did not really get many dancing. As if to say that music is not one of Roger Milla’a strong suits. At 65, the old lion is visibly not planning to get back on stage.