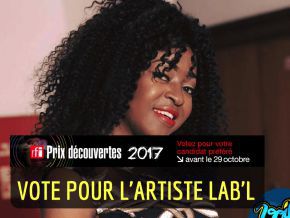 Is it true that it has been more than a decade since Cameroon won the “Découverte RFI” (RFI discovery) award?

People says that it’s been so long that the country has reached the top of this international musical competition. True?

Cameroon is present this year in the top ten of the “Découvertes Rfi” awards, after one year of absence. Indeed, the singer Lab’l will stand for the country in this year’s edition and, music lovers hope Cameroon will win this time.  As a matter of fact, since 2001 with the coronation of the musical band Macase, Cameroon has no more won this African and Caribbean music contest.

The leaders of the band Macase, as the result of an internal disputes, returned the award to RFI. Nobody can tell if it wards off the bad luck but, history will recall that this legendary band received the award “Découverte Rfi 2001”.

Before them, Cameroon won the award with Coco Mbassi in 1996 and Sally Nyolo in 1997. But since 2001, exactly 16 years now, the country of Richard Bona is struggling to regain the first place.

Several worthy son of Cameroon were finalist though: Koppo, the rapper, in 2010, Danielle Eog in 2013, Krotal in 2014 and Sanzy Viany in 2015. In 2009, thanks to Karyece Fotso, Cameroon nearly won the first place but, the jury finally chose the Senegal native Naby.