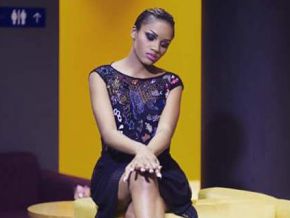 The online news site “cinecamer.com” recently announced Nathalie Koah on the big screen. It was said that the now infamous former mistress of Samuel Eto’o Fils would play a role in the next feature film of the young Cameroonian Nkanya Kwai.

The project was actually ongoing when cinecamer.com relayed the news. But it died on arrival. Consequently, the partnership between Nathalie Koah and Nkanya Nkwai will be no more.

A short video however showed the young lady quite excited by the idea of working with Nkanya Nkwai. “I believe in his talent. And he knows how to showcase actors”, Nathalie Koah said to the press, during the Cameroon International Film Festival (Camiff) in Buea in October 2016.