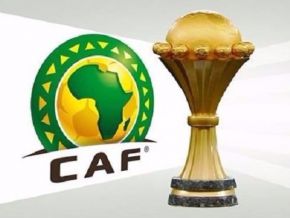 Did the CAF truly withdraw from Cameroon its role as organizer of the 2019 African Cup of Nations?

On social networks, it is said that the African Football Confederation (CAF) criticizes Cameroon for lacking seriousness in preparing this next African competition.

On social networks, many claims state that the African Football Confederation (CAF) has withdrawn from Cameroon the role of organizer of the 2019 African Cup of Nations. Some even say that it is Algeria which will take Cameroon’s position.

Truly, the information relayed online gets its source from an article published by online newspaper La Gazette du Fennec last July 9th. Truth is, according to this article, Algeria is ready to submit its candidacy to organize the 2019 CAN if the position in the event is withdrawn from Cameroon.

Citing the president of the Algerian Football Federation (FAF), Kheireddine Zetchi, the media reported: "We are following the case of a possible relocation with attention. If an opportunity arises, Algeria will be submit its candidacy to organize the 2019 CAN. Until the contrary is proved, this edition is still held in Cameroon”.

Based on the media’s article, the CAF is considering relocating the next African football event due to Cameroon’s delay in building the necessary infrastructure.

In response to the rumors, Cameroon’s Football Federation (FECAFOOT) said it was not aware of Algeria’s approach. “We are continuing to calmly prepare for the CAN 2019", a source at FECAFOOT said on July 12, 2017.