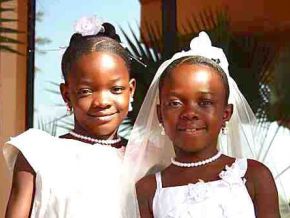 The minimum legal age for marriage in Cameroon is 15 years, according to article 144 of the civil code. However, a girl, under this age, can request an exemption from the president of the republic if she wants to get married. The blog of the law firm Nana Raphaël revealed that, according to a provision of article 145 of the civil code, the girl needs to provide at least one serious reason to back the request.

According to article 148 of the civil code, beyond this minimum legal age, under-age children cannot marry without their parents’ consent. If there are no direct relatives, article 150 of the civil code states that they need their grandparents’ consent. As the legal majority is 20 years, according to an amendment to article 488 of the civil code, girls under 15 thus need parental approval before they get married. They can also free themselves from parental control to become legally competent, as adults, to undertake any civil acts that requires the legal majority.

In 2014, a national survey conducted by Maroua university, jointly with the Association to Combat Violence against Women and Girls, on child marriage revealed that 62% of the surveyed were victims of early marriage. 70% of these cases involved girls between 13 and 15 years old.

Even though there are Cameroon’s legal provisions that could facilitate child marriages, it is good to know that the country has committed, for some years now, to the fight against the practice. Indeed, early marriage deprives underage girls of their basic rights and, they can also be a threat to the girl’s reproduction system. Any individual who coerces a girl under 18 to marry incurs up to 10 years of imprisonment under Cameroon’s law.