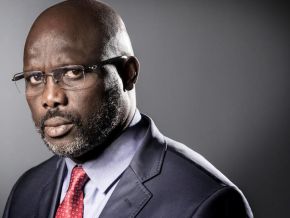 Has George Weah ever played in a Cameroonian club?

People say that the ex-footballer, presidential candidate in Liberia, started his football career at the Tonnerre Kalara Club in Yaoundé. True?

While Liberian have been feverishly waiting for the result of the presidential elections of October 10, 2017, Cameroonian on their part have already decided that Georges Weah is the winner of this election and, their praises are backed by a brief  recap of his career at the legendary Tonnerre Kalara Club (TKC) in Yaoundé founded in 1934.

Indeed, after a debut in his native country Liberia, “Mister George” signed a contract with TKC, preceded by Roger Milla (1974-1977). The then 21 years old striker had settled in Yaoundé where he took part to Cameroon’s championships in 1988. He was then noticed by Claude Leroy, coach of Cameroon’s national football team at the time.

Claude Leroy then linked him with officials of AS Monaco. This is how George Weah started his professional career in Europe. Indeed, he played for Paris Saint Germain FC, Milan AC, Chelsea FC and Manchester City football club.

Tonnerre Kalara Club is thus proud to mention in its archives (http://www.tonnerrekalaraclub.com/georges-weah.html), the man it trained and who became in 1995, the first non-European native golden ball nominee in France. In 2003, Georges Weah stopped playing football and engaged in politics.