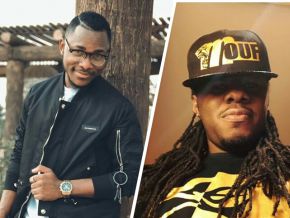 Has Dynastie Le tigre really lodged a complaint against Maahlox?

It is said that the singer of Joue-moi le Mendjang lodged the complaint because Maahlox proffered obscene insults against his mother. True?

On February 14, 2018, in the morning, Maahlox was questioned in a police station in Yaoundé for public abuses addressed to Dynastie Le Tigre. According to the man who now assumes the status of “bad guy of Cameroonian music”, the questioning lasted 6 hours. According to a member of Dynastie Le Tigre’s team interviewed on phone,  Maahlox  prefers not to discuss the subject now.  “At the appropriate time, he will communicate”, the member said.

Dynastie Le Tigre filed a complaint against Maahlox after his verbal clash with him during a hardcore concert on February 3, 2018, though witnesses reported that he was the one who started the hostilities during his show by declaring that he was neither a hemp smoker nor a play-back singer. Feeling that this was for him, Maahlox later replied saying, “your mother’s big ass!” and said some big words that only he knew its meaning.

The outcome will be known from the police station where Le Tigre lodged his complaint. For the record, neither his mother nor his father is alive.

As far as Maahlox is concerned, instead of being worried about the legal threat of obscene talks in public, he is using this medium to make the buzz on social media and promote his new language and dressing concept.