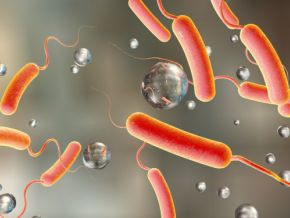 Is there a new Cholera outbreak in Douala?

A press statement says it is true. Is the document reliable?

According to a press statement currently circulating, nine Cholera cases broke out in Douala. “The Ministry of Public Health hereby informs the general public that a Cholera epidemic broke out on September 7, 2017, in the New-Bell and Deido health districts,” reads the document but in truth it was just used during a live simulation of a potential Cholera outbreak in Cameroon.

Indeed, on the Health Ministry’s website (misante.cm), it was revealed that health workers and partners of the ministry are actually taking part to a training workshop that started on Sept. 7 and will end today, September 14, 2017. Given that Cholera killed around 200 people in 2014 and more than 1,500 in 2010, sharing concerns over a potential resurgence is quite understandable.

In January this year, Le Figaro said “Cameroon is a thorn in the foot of both national and international health authorities”. “Cholera seems to be more frequent and deadly – tens of thousands of people were infected over the past 40 years - in the country than in other nations of the region (Central Africa) and it is much less contained”, the website added. Very often, it is the northern region of the country that is affected.