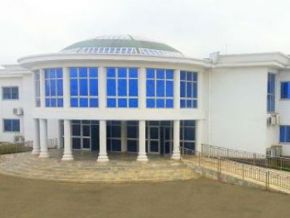 A gynecologist, expunged from the medical order in France, is practicing in Cameroon

It is said that Dr. François Suzanne was banned from exercising but is actually practicing in Yaoundé. True?

On December 5, 2017, this tweet alerted people: "a French gynecologist, expunged by the medical order and convicted by the French justice for sexual abuse in 2003, is peacefully practicing at CHRACERH in Yaoundé. Wonderful. Exceptional. Mind-blowing".

It is about Dr. François Suzanne, 73, who was effectively prohibited from practicing as the French newspaper Le Point, reported in 2003: "till this day, he is the only French gynecologist to have been named at the prestigious Stanford University (California). However, the Clermont-Ferrand criminal court has just sanctioned him to a two years prison sentence and a definitive prohibition to exert (verdict pronounced on May 5). Condemned in 2000 for similar deeds on a patient, this time, he appeared before the court for sexually abusing five women".

An investigation conducted by our peers of newsducamer.com reveals that "Dr. François Suzanne is a seasoned professional; he practices at the hospital when called but for weeks now, he has not been seen".

An internal source at CHRACERH revealed with admiration that Dr. François Suzanne mainly takes care of breast plastic surgery at the hospital: "it is a scandal that such a deranged individual is working with absolute impunity!” Twitter users commented. Following her tweet which was retweeted more than 1200 times, Sonia commented again: "this is crazy. I googled in order to be sure (of the aggression and expunge) and, it is true. I have asked a credible source if he is working at the hospital and I was sent his picture at the wedding of another employee and, I was even given directions to his house. Lol. I’m shook!!!”.