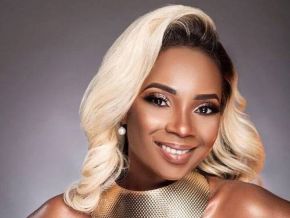 No, Lady Ponce is not dead

A Facebook rumor claims that the singer has died in a road accident. Is it true?

“It was exactly 3 :49 PM when CRTV informed us of the sudden death of Lady Ponce in a road accident”, the post read. The author also invited users to share this info to let “the whole world know”.

However, Lady Ponce is not dead. The rumor was dispelled by her relatives. "Lady Ponce aka Adèle Rufine Ngono is fine", said Marie Gabrielle Mfegue, the singer’s press agent and journalist at Cameroon Radio Television (Crtv).

According to the press agent, phone calls and messages continued unabated since the rumor sparked. Some people were calling to check the info while some others were calling to “extend horrifying condolences”.

Lady Ponce, obviously used to those rumors, didn’t react. “Have a good week my mega VIP ‘ponceuse’ and ‘ponceurs’. May the creator bless you. Much ‘eding’ for you my loves”, she wrote on her official Facebook page on February 18, 2019.

Let’s note that this is not the first time Lady Ponce’s death is announced. In 2011, rumors had it that she died after difficult childbirth; info belied by her relatives.

She is currently in France where she resides and is preparing for her concert to be held at l’Olympia Paris this year. She has been nominated for the “Artiste féminin” and “Artiste ou groupe de musique folklorique” (“female artist” and “folk music artist or group of artist”) for the twelfth edition of Canal 2’Or to be held on March 9, 2019, in Yaoundé. For the time being, she is promoting her single “Eternité”, unveiled recently.