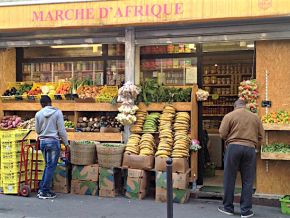 No, the diaspora is not just Mbeng!

According to the public, the diaspora is just constituted of immigrants living in the western hemisphere, the United States of America and in other developed countries. Is this true?

“I lived for years in Cameroon, my native country and actually, I’m living in Benin. Am I also a member of the diaspora?"  This is a question sent by one of our readers.

The simple answer is yes. We would say that the reader is a member of the Cameroonian diaspora since he resides out of the country. Let’s remind however that according to the African Union’s definition of the African Diaspora, the member should be involved in the development of the native country.

According to the Union, the diaspora is constituted of "African citizens living out of the continent who want to contribute to the continent’s development and the African Union’s building whichever their citizenship be."

Speaking of economic development, a paper published by the African Institute for Remittance (AIR) informs that remittances from the African diaspora reached $65 billion in 2017.

Apart from the economic factors, Ferdinand Mayega, author of "L’avenir de l’Afrique. La diaspora intellectuelle interpellée"  sees the diaspora as an intellectual asset. He therefore calls on the “intellectual diaspora”, who like him, “advocate solidarity in production or independence to let Africans take charge of their destinies and not to wait for help from the north which influences power balances in Africa”.