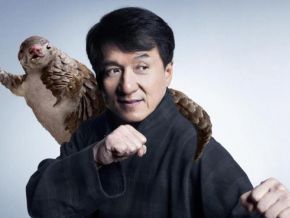 Will Jackie Chan really be in Cameroon?

It is said that the renowned Chinese actor will be in Yaoundé in April. True?

When we contacted the number mentioned on the poster, our correspondent assured that Jackie Chan would truly come to Yaoundé. It seems that the renowned actor is coming in the framework of the first edition of the martial arts festival in Africa (FADAM) which will be held on April 7-8, 2018 in Yaoundé and Limbé.

He has been invited by Dominique Saatenang, alias "Bruce Lee africain" (the African Bruce Lee), a Cameroonian who became a martial arts master in Asia.

The rumor of Jackie Chan’s arrival in Cameroon is making waves because the 64-year-old actor sweetened the childhood and even the adolescence of Cameroonians. As of the 80s, many people clumsily mimicked his Kung Fu moves.

Films like "Opération dragon"(1973) and the others which enriched the rich career of Jackie Chan built the myth Chan. This also explains the skepticism of some people concerning his arrival in Cameroon. However, it is confirmed that he will be present, with Gérard Depardieu, by the way...