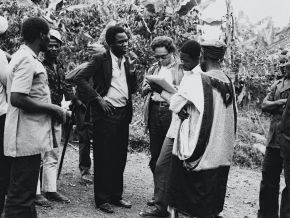 Did Cameroonians really have French citizenship under French dominion?

It is said that Cameroonians had the French citizenship at the time the country was under French mandate.

Some people often claim during arguments or debates that under French authority (1916-1945), Cameroonians had the French citizenship. This is totally wrong.

The League of Nations, under its resolutions of April 28, 1923, while placing Cameroon under French dominion stated that “natives of a territory put under mandate do not obtain the citizenship of the mandatory country”. This is emphasized in article entitled “citizenship in the States of the Community and marginal States”, by P.F Gonidec.

This said, Cameroonian civil status at the time depended mainly on the French nationality code. However, in July 1968, the adoption of the Cameroonian nationality code turned the tables. “Cameroonians were French-assimilated but were not actually French”, historian Aimé Ngomb, explains.

Ngomb added that those who acquired the French citizenship were either close to or working for French administrators, and that who traveled to France to further their studies, among others.

Hilaire Ham Ekoue, journalist, stresses that, since Cameroon was not a French colony, France had no right to impose its citizenship as it did in Gabon, Senegal and other overseas French territories in Africa, before the nations became independent.