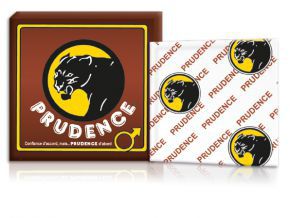 Are condoms now really being sold at CFA5, instead of CFA25?

Some say that with FCFA50, one can buy as many as 10 condoms now. Is it true?

Most sellers still struggle with the new official price of the standard male condom which is, really, FCFA5, instead of FCFA25 previously. The new price was announced on July 13, 2017, by the minister of health, André Mama Fouda, during a press conference in Yaoundé.

The Cameroonian government doing so wants to promote family planning by encouraging practices that reduce unwanted pregnancies and STD. In response, many rushed to public health centres where condoms are sold at the new price.

In August 2017, the newspaper “Mutations” explained in a story that the first stock of condoms sold at the price was exhausted quickly during the first month of school breaks (July-august).

The local representation of the United Nations Population Fund (UNFPA) revealed in July 2017 that every year, more than 30 million male condoms are used in Cameroon, thus about 83,000 per day. The Joint United Nations Programme on HIV/AIDS (UNAIDS), in 2015, estimated that nearly 620,000 were living with AIDS in Cameroon with the youth as the most affected. You are now warned, so beware!