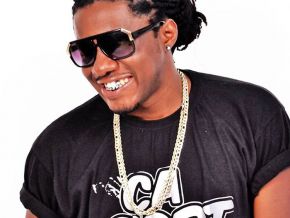 Was Maalhox beaten onstage in a Yaoundé nightclub?

The singer says that he severely beaten up at OG Club and is currently in hospital. True?

On Sunday 18 June, Maalhox was again in the limelight. On his Facebook page, the very controversial rapper wrote that he was clobbered while singing onstage in the nightclub OG Club in Yaoundé. He informs his fans that he is in the hospital and has sustained severe injuries. To find out the truth about this, we contacted the person in charge of Communication for the above-mentioned nightclub. Arnaud Youta tells us that the singer needled a client (a starlet on social networks named Ingrid Betencourd) with a song (rephrased) with unkind words. And the latter, holding a baseball bat, got close to Maalhox to retaliate. “She was quickly neutralised by the security service”, assures Mr Youta who adds that the artist is not in the hospital as pretended. And the image supposedly showing him with a drip is fake.

In a press release made public, the club declares: “We are relieved to know that the baseball bat fortunately did not hurt the artist as some ludicrous montages show on the net. […] the artist left our club in good health after taking some photos with his fans, in the area set up for this”, we can read. 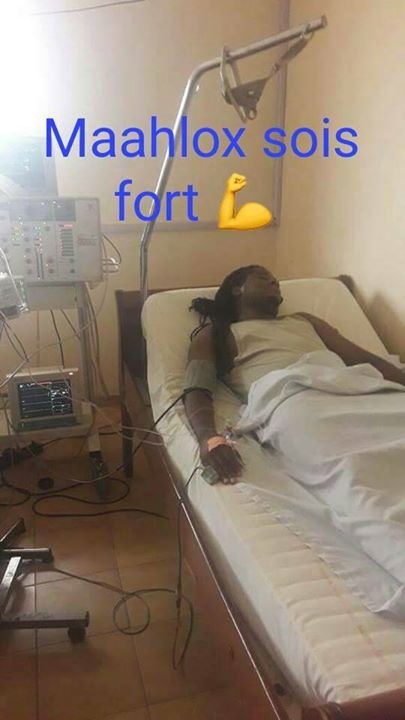 An internet user who obviously witnessed the scene agrees with this version:

Following Maalhox’s post, she wrote: “We were in the same OG Club that night or you have another OG? For starters why are you even lying? Your friends provoke an incident which was already settled in less than two minute, and you come to use big French words here?, she asks of the author of “ça sort comme ça sort”, who since his last post has kept quiet. And the hospital where he is has not been named. 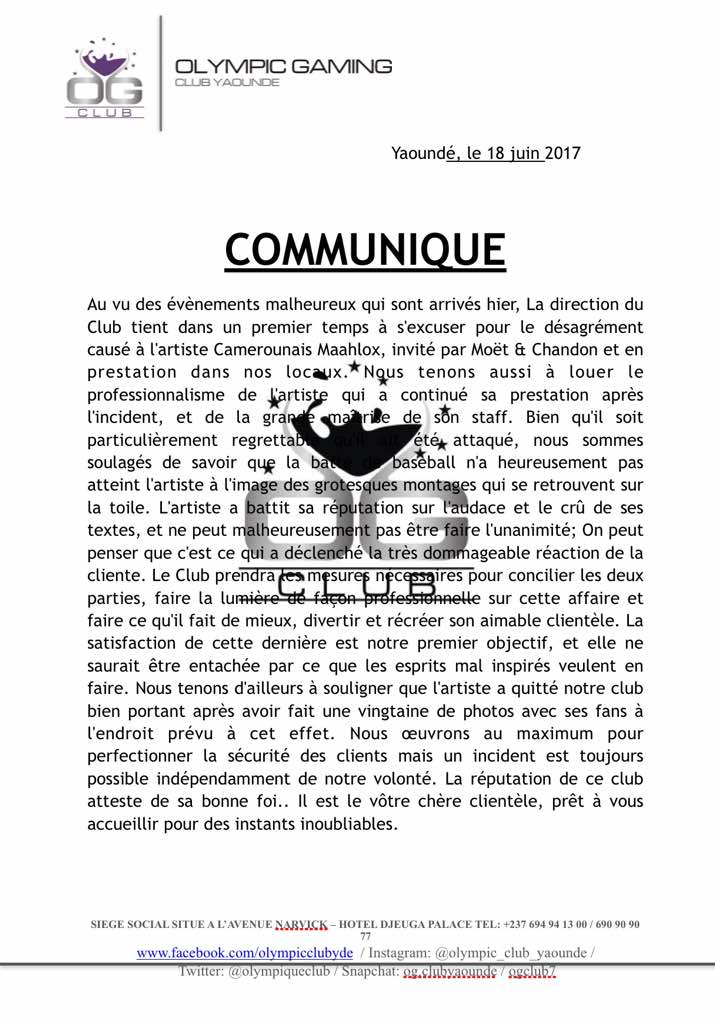 Whatever may be the case, Maalhox was not beaten inside the club. In the meantime, OG Club’s communiqué steered the debate towards the security of clients in this place. Because if one can enter with a baseball bat, some shudder to think that firearms are allowed.