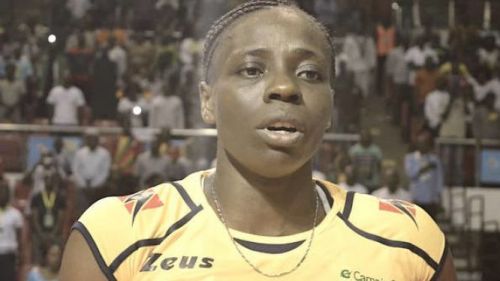 No, the captain of Cameroonian women’s volleyball team did not send a letter to the minister of sports

Social media posts have it that Christelle Nana wrote to the minister of sports to complain about unpaid bonuses. Is it true?

A letter supposedly written by Christelle Nana, captain of Cameroonian women's volleyball team, is currently being shared on social media. In the letter addressed to the minister of sports Narcisse Mouelle Kombi, the player listed many grievances such as the non-payment of bonuses and disparities in the way various national teams are treated.

The letter is neither signed nor dated. Obviously, it was not written by the player. This is attested by the Cameroonian volleyball federation (Fecavolley).

In a communique published on July 10, 2019, Serge Abouem A Boull, president of the said federation, indicated that this was not written by the player. He then asked the public not to consider such rumors which do not serve the interest of the national team or its members or even the discipline's.

He also wishes that "an atmosphere of serenity, free of manipulation be kept around the players (…) who, after a long break will have to prepare for new international competitions."

One of these competitions is the Tokyo 2020 Olympic games the players qualified for by winning against Kenya (3 sets 2) during the finals of the African women’s volleyball competition on July 14, 2019.