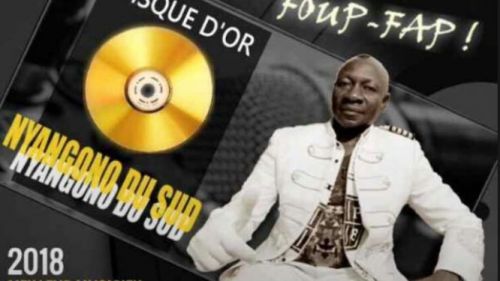 No, Guy Michel Kingue is not preparing a featuring with Nyangono du Sud

Rumors have it that Nyangono du Sud has been invited for a featuring with gospel singer Guy Michel Kingue. Is this real?

For a moment now, Nyangono du Sud has been making the buzz on social media with his song “ça a déjà commencé.” Parts of this song are used by some people for mockery or irony while others share the lyrics more seriously to an extent that images have been developed picturing the singer as golden disc earner or a superhero.

In that wake, on January 25, 2019, a picture was published announcing a featuring between the singer and gospel singer Guy Michel Kingueon in his single "Jésus le plus beau des noms." On this statement is written : "What if Nyangono becomes a gospel singer". The two singers who are supposed to collaborate are shown on the background.

But, this featuring is just fake news. This was revealed by Guy Michel Kingue in a video posted on his Facebook page.  "I would like to inform everybody that there is no featuring, there has never been and there will never be. It has never been planned. We don’t even know each other…,” he said.