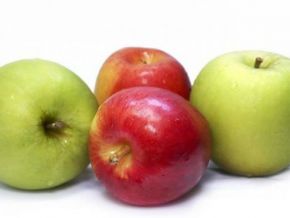 It is true : apples are grown in Dschang

It is said that the apples sold in Cameroon are mainly grown in the western region. True?

Most of the apples consumed in Cameroon are grown in the western department namely: Dschang, Bafang, and Kombou. A small portion of the production comes from Moungo, Bare Soumtou in the coastal region.

According to Hilaire Ham Ekoue, a middle-aged journalist, when Dschang was the western region’s capital, the expatriates used to spend their weekends or holidays there. Farmers then tried various Western crops (taking advantage of the cold climate) such as potatoes. Seeing that the climate was suitable for potatoes, they then tried apples.

In a post (announcing a session of the RINVINDAF) published on Facebook in December 2017, the geostrategist Jean-Paul Pougala asked the residents not to panic and think of witchcraft when they see a young man late at night watering plants. “Their work is the result of 4 years of research works, inconclusive most of the time, to grow some apple species”, he said.