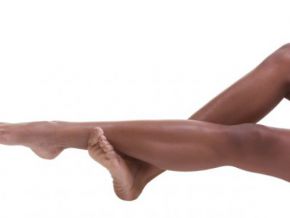 In Cameroon, it is forbidden to cross over someone’s legs, be it a stranger or an acquaintance

It is rumored that doing so brings bad luck to the one crossing.

In Cameroon, if another person’s legs block your way, do not jump over them. It is forbidden. One of the country’s predominant superstitions.

“When I was younger, my father would always scold me for crossing people’s legs. Of course, being a very dynamic kid captivated by games, one does not care much,” says Rosine, a young university student from Bassa, telling us about her father’s reproaches when she would transgress this rule. When she asked why, she would always be never given clear answers. Her father would just tell her point blank to obey.

Though the taboo is so far not justified, reasons emerging often sustain that the person transgressing it might get all his luck stolen by the one being crossed. Especially if the latter has the third eye.

In addition to this, in parts of the country, some believe that if one happens to inadvertently cross another’s legs, he or she should cross that person back. It is said that if that person is still in its growth period, if he or she fails to cross back as advised, he will remain short.

Even if opinions vary in regards to the superstitious nature of the gesture, it remains that it is not really polite to cross over one’s legs or even to bar another’s path with legs.