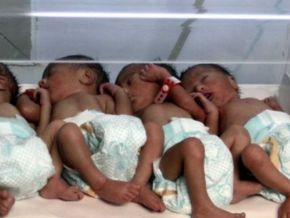 According to Cameroonians, a furuncle is the precursor of a happy event

People say that an inflammation, sometimes painful and disagreeable is the precursor of childbirth in the vicinity.

Mainly due to Staphylococcus aureus, furuncles appear, most of the time, on the face, under the armpits, on the upper back, on the buttocks, on the thighs, inside the beards bor men, on necks, on the lashline, and on the scalp.

From a medical point of view, a furuncle can appear at any age and, it is due to the conjugated effect of poor hygiene and of a skin affected either by diabetes or immunosuppressive therapy.

For Cameroonians, who waive aside the medical factors of this infection, it is the precursor of a pregnancy in the vicinity of the person affected.

"Some years ago, I had a furuncle on my thigh; despite the antibiotics I used, it did not disappear that easily. Having heard, from my mother and from my friends about the belief, I knew I was suffering due to one of my relatives. I discovered later that it was because my elder brother was expecting his first child", Danielle Manga said.

This was the same scenario with Raphaël Nkooh, who previously never heard about the belief: "I got a furuncle which prevented me from sitting conveniently. My colleagues then explained that it might surely be due to some happy event in my vicinity.  I do not really believe in those sort of things but, when my close friend informed me of his wife’s pregnancy, I questioned myself".

Maman Annie, a middle-aged woman explained that: "it can happen when the pregnant woman is a close relative, the mother, a sister, a cousin, a sister-in-law, a best-friend, a friend's wife or the wife of the affected person".

Simple coincidence or a fact…let everyone judge by themselves.