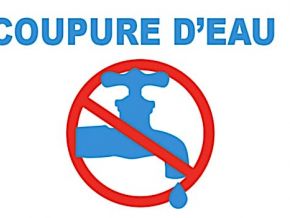 Yes, water supply is disrupted due to a breakdown at the Akomnyada water station

Over a two-day period, some parts of Yaoundé will experience disruption in water supply

In Yaoundé, some residents experienced disruption in water supply earlier this week. Subsequently, some people have claimed that there is a breakdown at Akomnyada station, the capital’s largest source of drinking water. This claim is true.

Indeed, Cameroon’s water utility (Camwater), confirmed the news today, 27 January 2020, through an official notice stating: "The regional management of Yaounde agglomeration, informs its customers, that due to an incident that occurred today on the installations of the drinking water production station of Amonyada, the distribution of drinking water will be disrupted in the city of Mabalmayo and some districts of the city of Yaounde from Monday 27 January to Tuesday 28 January 2020.

The company is not very clear about the nature of the "incident," but it promises that the water supply in these localities will be restored progressively as soon as the work is completed, which is scheduled for late afternoon of Tuesday 28 January 2020.

The Akomnyada water treatment plant, the main supplier of drinking water to the city of Yaounde, produces at best, nearly 100,000 m3/d. However, the capital, which currently has just over 2 million inhabitants, has an estimated need of 315,000 m3/day. This means there is a deficit of about 215,000 m3/day.